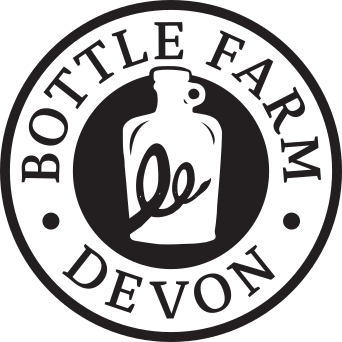 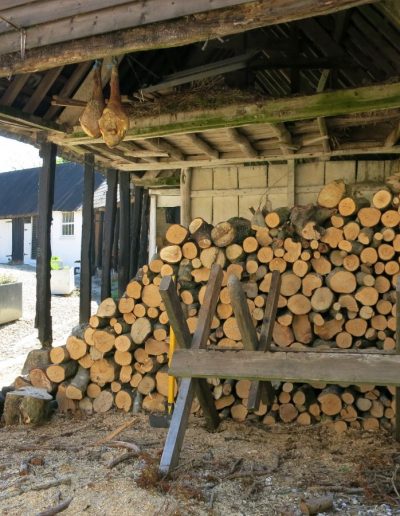 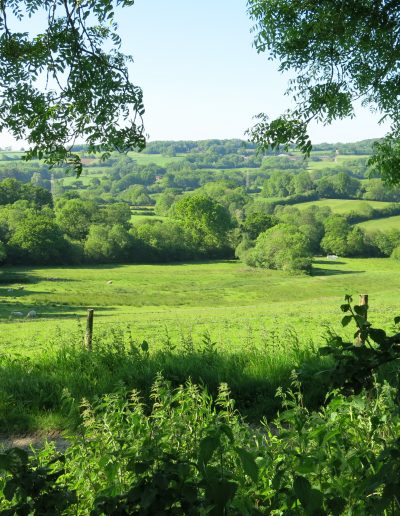 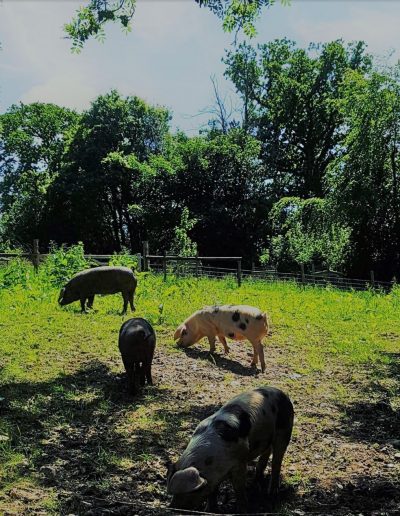 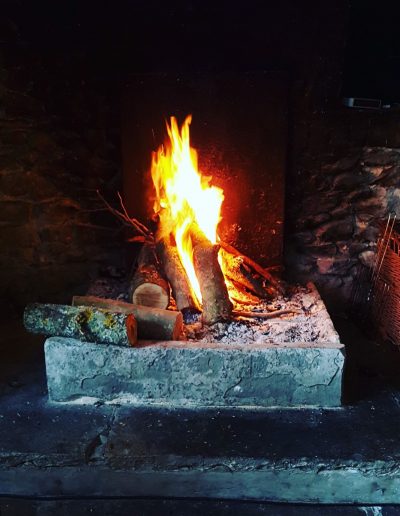 On the Border of Devon and Dorset

Bottle Farm was built in the late 1600s and farm buildings were added, removed and rearranged throughout the 18th and 19th Century. It kept a small dairy herd, the cows milked in pairs in the parlour, until Farmer Johnson passed away in the 1970s. Mrs Johnson used to serve passing walkers cream teas in the curved, mud and straw-built open barn known locally as a cobb linhay. Today the linhay, with its lime-washed cobb walls and flint cobble floor still has its hay stalls and tethering chains, though it houses a pony rather than cattle. A cider press leans against the wall ready for the autumn harvest, just as it would have three hundred years ago.

Much of the surrounding land is now looked after by our neighbour, a passionate ecologist who manages many acres of SSSI land (Site of Special Scientific Interest). His commitment over the years to low intervention farming means that we live in a part of the countryside which is still rich in wildlife. Housemartens and swallows nest around the farm, five different species of bats inhabit the outbuildings, buzzards circle the valley and hedgehogs, foxes, roe deer, badgers and even polecats roam the farm and its surrounding fields. Rare orchids and meadow flowers are abundant in the pastures.

Our 5 acres of land are farmed gently, the emphasis on growing the best food possible, with the emphasis on quality rather than quantity. We raise traditional breeds of pigs, sheep and chickens, breeding Maran hens for eggs and the famous Bresse Gauloise for meat. In the orchard we have planted local apple varieties for cider and for eating, as well as nut trees, plums and pears. Some of these trees will take decades to mature but we’re not in a rush.